With a weekend away in a caravan in Pendine booked up we decided to tackle a few legs of the coastal path over the weekend. Friday was the only poor  weather forecast for the whole weekend but with an early enough start we might just be able to beat the rain. The only problem was that having parked in Carmarthen, the bus to get us to Llansteffan to start the walk wasn’t until 11.40 – time for Greggs!!

We were stood in the bus station with Cleo, when a woman approached us and said “they don’t let dogs on the Llansteffan bus anymore, after one did a poo”. Sharon was worried that if she did the same then all middle-aged women would be banned from the buses as well – but our problem was that we needed that bus – and we needed Cleo to be on it.  So we walked around the corner, put Cleo into the rucksack and subtly got on the bus – thinking we got away with it.

I say “thinking we got away with it” as when we got off the bus in Llansteffan the driver said “hope the little fellow enjoys the day”, and I don’t think he was talking about Andrew!!

After a false start in the wrong direction we headed up a very long and steep hill: 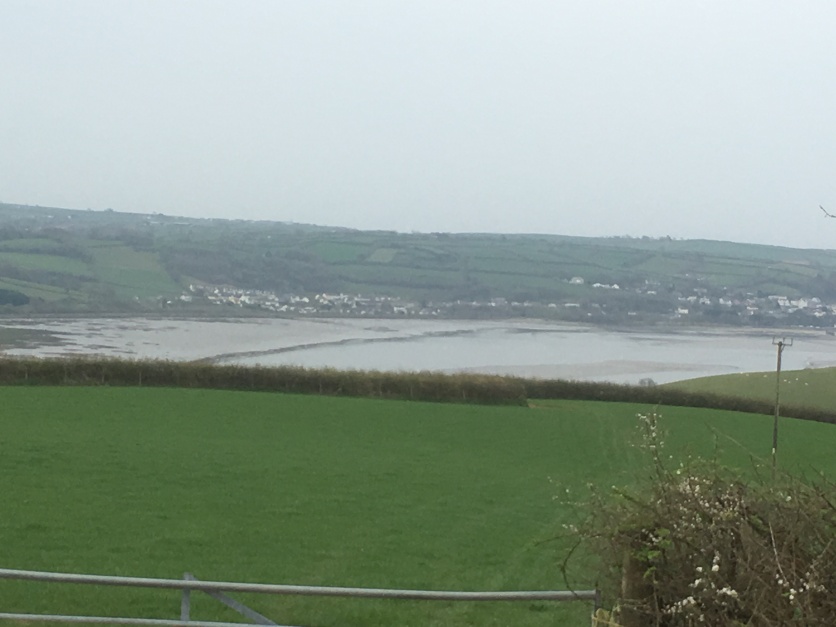 And that was most of the walk really – across a few fields, along a few roads (often with the coastal path popping in and out from behind a hedge) and (according to Sharon) mainly uphill, although Strava was to disagree). 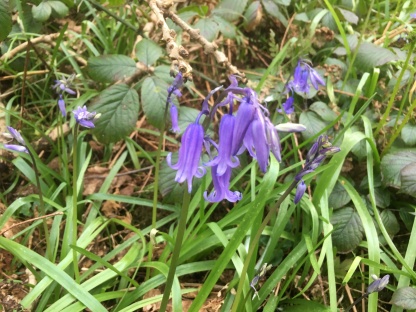 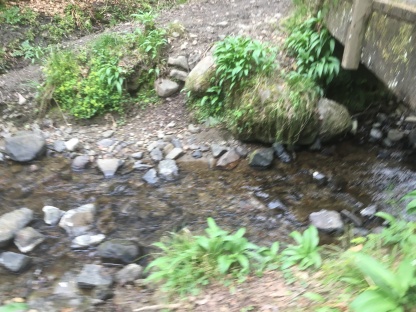 We then found ourselves in a lovely BlueBell forest, which proved a good spot for some lunch on a bridge by a stream. 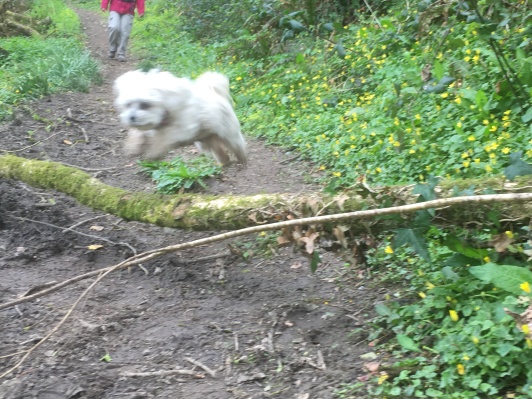 Re-fueled and re-energised Sharon had a game of hide and seek while Cleo took to some showjumping.  Then we climbed some stairs and through a gate to cross the main road:

Then after some more woodland and some more ups and downs we met some fellow coastal path walkers – although I suspect they are slightly more dedicated as they had been walking for a week and had got from Swansea. We shared a few tales of misadventures and then off we went to have some more!! 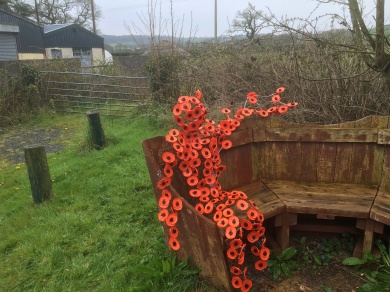 An arts centre proved good for a pit stop before we headed along a floodplain, passed behind the B and Q that you always see when heading to West Wales and pass some fish sculptures. The pace picked up as the rain began to fall. 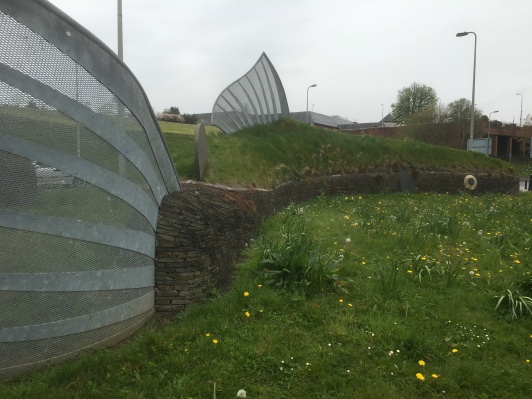 The bus station was on our left but we wanted to end at the train station so that we could pick up from there another day. So we crossed on the Pont King Morgan footbridge and found the station.