We drove to Parrog car park and waited for the bus. This has to take the record for parking close to where the bus picked us up from. This bus only runs on a Thursday and Saturday in low season, and adds a 3rd day per week from the end of May.

The bus dropped us, and quite a few other walkers, in Moylgrove village and we knew it was about a mile to get to the coast. The others all set off while we were still getting ourselves sorted and it took a while for us to find the woodland path to get to the coast but it was a lovely walk with a stream running below us and plenty of spring flowers. 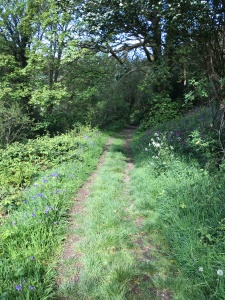 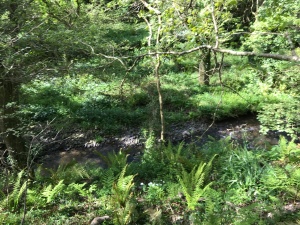 Then suddenly we appeared at the familiar sight of Ceibwr Bay and the walk proper could begin. 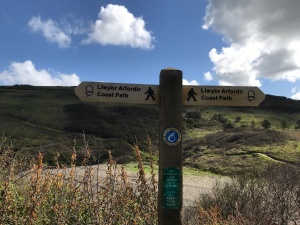 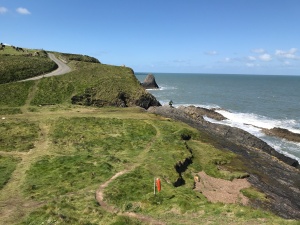 The first landmark is Witches Cauldron, which is a collapsed sea cave. 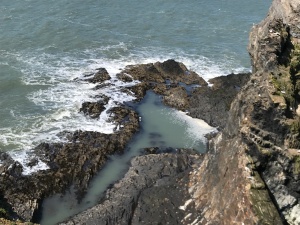 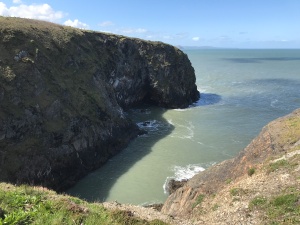 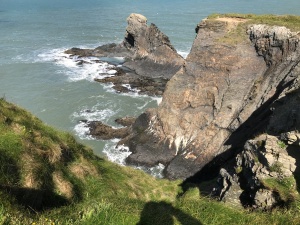 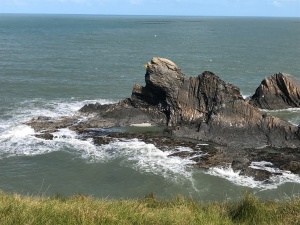 A little further along the path dropped to sea level but on the left was a beach with the tide going in and out right underneath us. 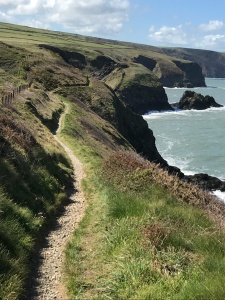 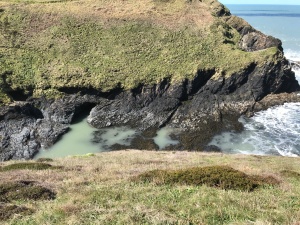 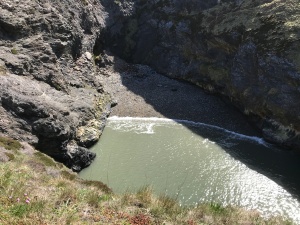 Of course, after going down we had to then climb the other side, for some further magnificent views including Bwn Bach which is a small perfectly formed archway and then along the top of Traeth Cell-Howell. 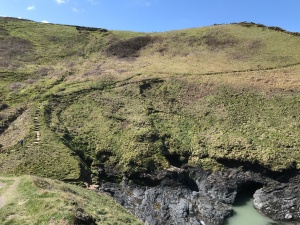 We reached a spot where we could see a further drop ahead of us and then a massive set of steps, and decided that this would be a good spot to stop for lunch to build up the reserves for the climb. 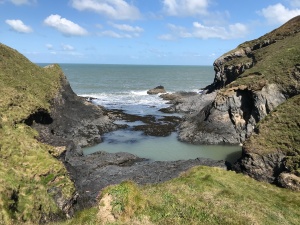 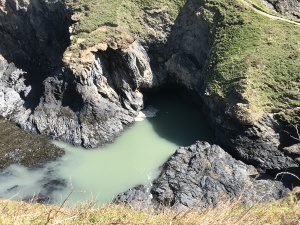 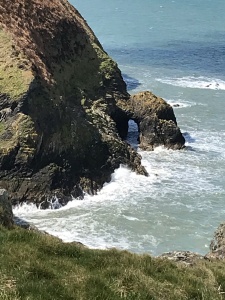 We had a couple more descents to sea level and climbs back up again, including a chance for Sharon to re-live the stepping stones experience.

And then the sight of Newport Sands appeared around a corner. 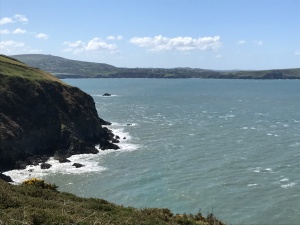 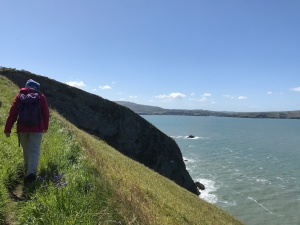 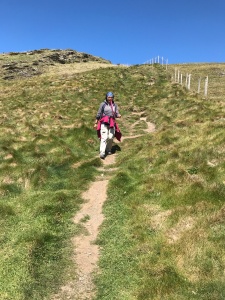 and by now the coats were off, the sun was shining and the sky was a deep blue – typical walking weather for us.  Newport Sands came ever closer. 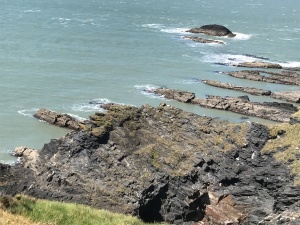 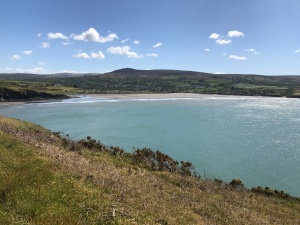 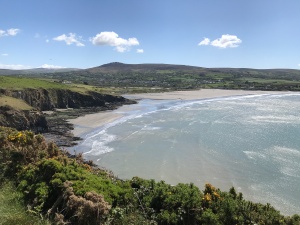 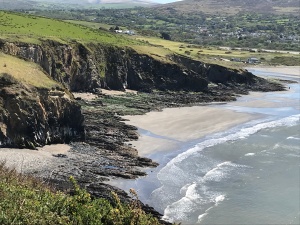 The path then dropped almost to the beach before frustratingly going back up again, so at this point we decided to do a little bouldering and get ourselves down onto the sands and enjoy the beach. 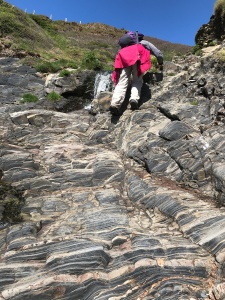 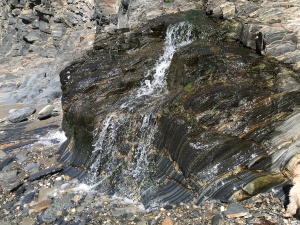 After a coffee and cake stop we headed across the golf course, and followed the river inland to get to the bridge. 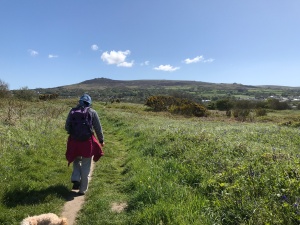 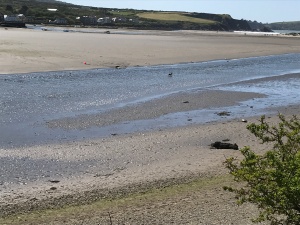 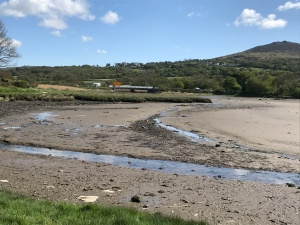 With the tide out we were able to see the Pilgrim’s stepping stones, which we had made a pilgrimage of our own to see previously. 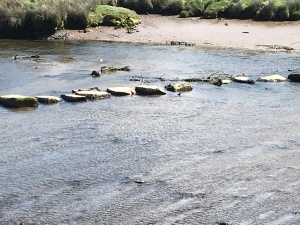 The walk then continued back along the other side of the river to Parrog. 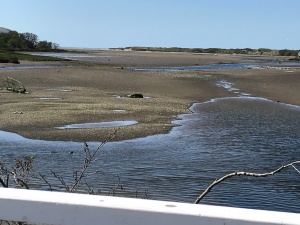 And to the car-park where we started. A day of contrasts and beautiful weather, and 9.2 miles of new coastal path for us with over 215 storeys of height.  For those keeping score (like me) that makes 494.2 miles completed and 381 miles to go (roughly)